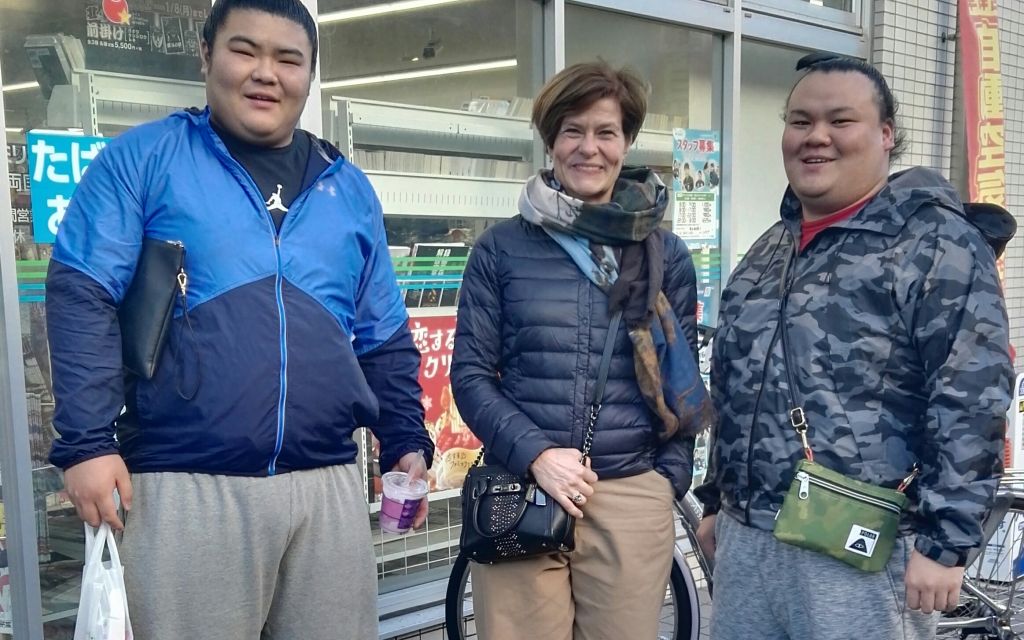 Arriving in Tokyo, browsing the Sumo wrestling district, Ryogoku, can be quite exciting. Especially when you get to meet the big guys! Spotted them while they were buying the afternoon snack… Had to ask for a picture! 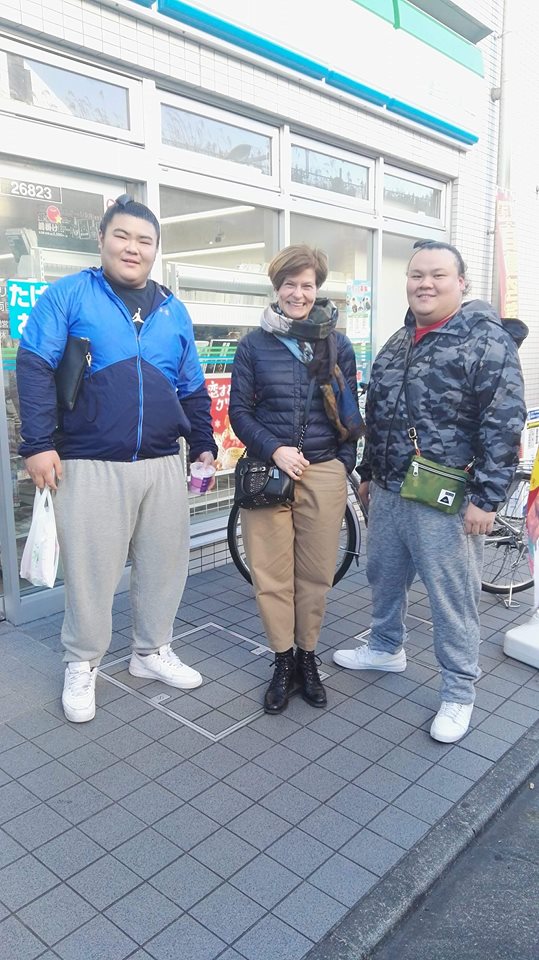 But their buddy ran away probably because he was still in the pajama! 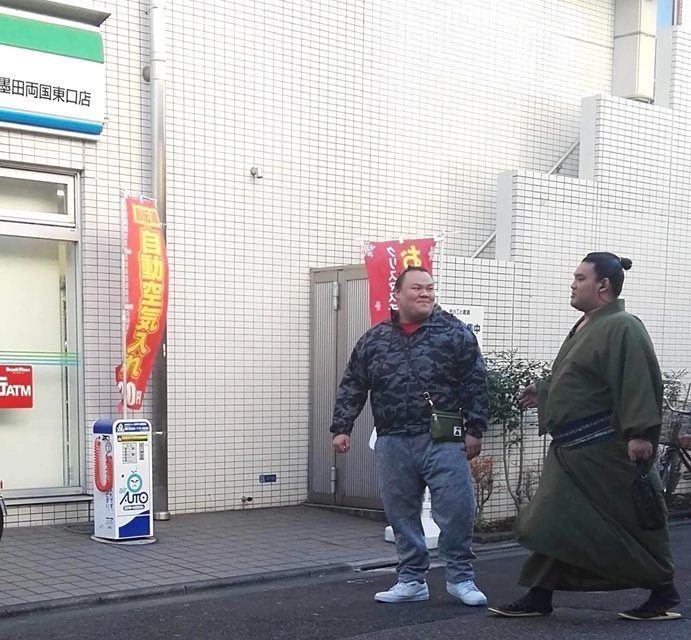 Ever tried to set yourself in the starting position for a sumo wrestling game, equivalent to an extra deep 2nd position in ballet? Well I might say I’m pretty impressed by their flexibility after watching my daughter giving it a try. She used to be a dancer for many years and had to work it really hard to get as low as the sumo guy. 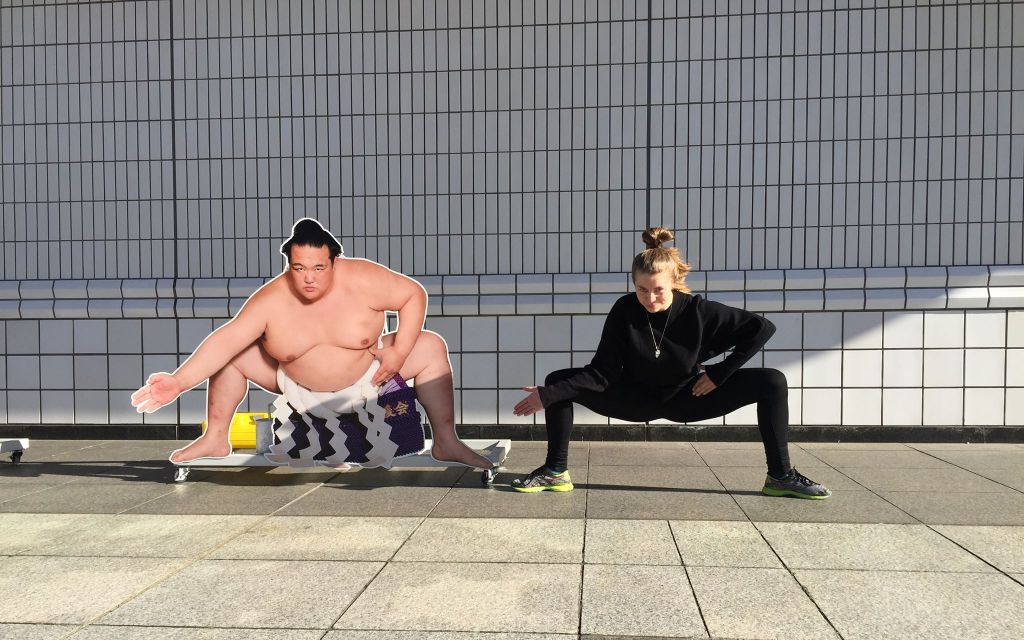 A special feature of the Ryogokan district where you also find the arena and the training spaces. 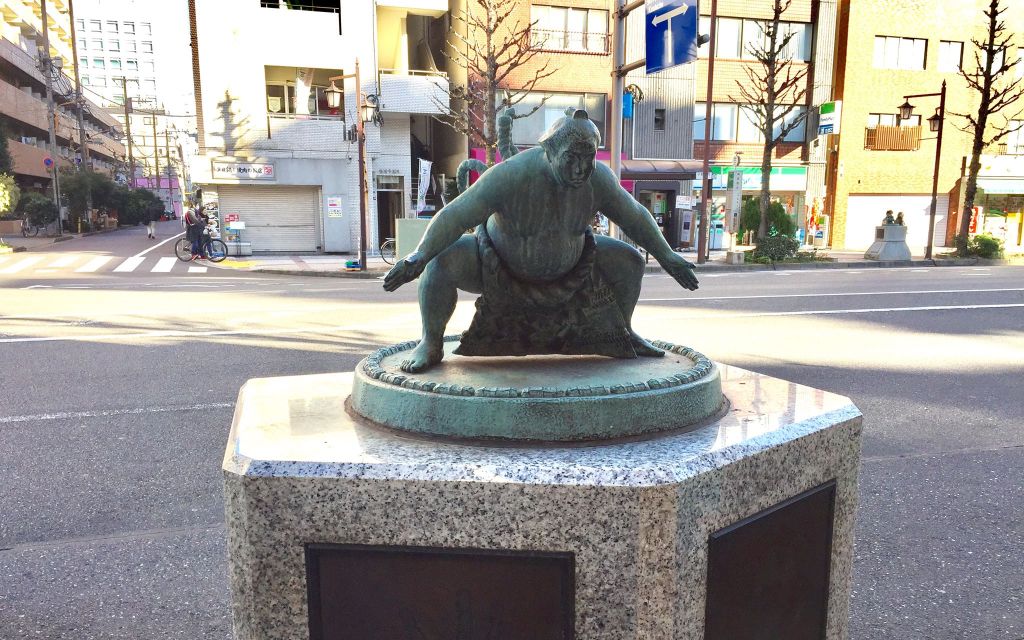 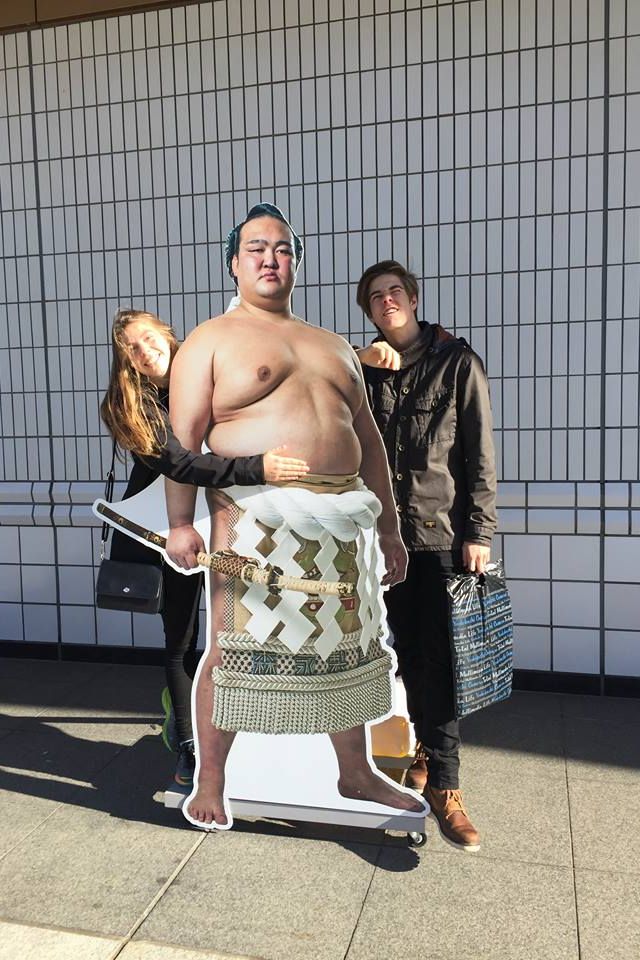 ... from a three week stay in the mountains over new year! Out of the three weeks we had a couple of days with a winter scenery that made my heart sing with joy! Although it was very cold we could ski the mountain as there was practically no winds. How … END_OF_DOCUMENT_TOKEN_TO_BE_REPLACED

Finally winter is here and winter boots are needed! Mine are new for the season and as I walk my dog every day I needed a sturdy pair with a good solid sole. After heavy and time consuming research (and some try ons) I finally ended up with these … END_OF_DOCUMENT_TOKEN_TO_BE_REPLACED

Vaccin is coming, sunshine, and some snow on the ground - depending on where you're watching there is light in the tunnel. Back from skiing and feeling a bit invigorated, I did an investment in a new pair of denims. Never have had this light colored … END_OF_DOCUMENT_TOKEN_TO_BE_REPLACED

When in the mountains, wear your puffer! Especially with temperatures reaching minus - in Fahrenheit! I was so so happy for my puffer the days we had -23 degrees Celsius/-1 degrees Fahrenheit! The puffer that has been ‘resting’ in the closet this mild … END_OF_DOCUMENT_TOKEN_TO_BE_REPLACED